This year's entertainment is yet to be confirmed, however we have plenty of action around the showgrounds for you and the family to enjoy including some of the old favourites! 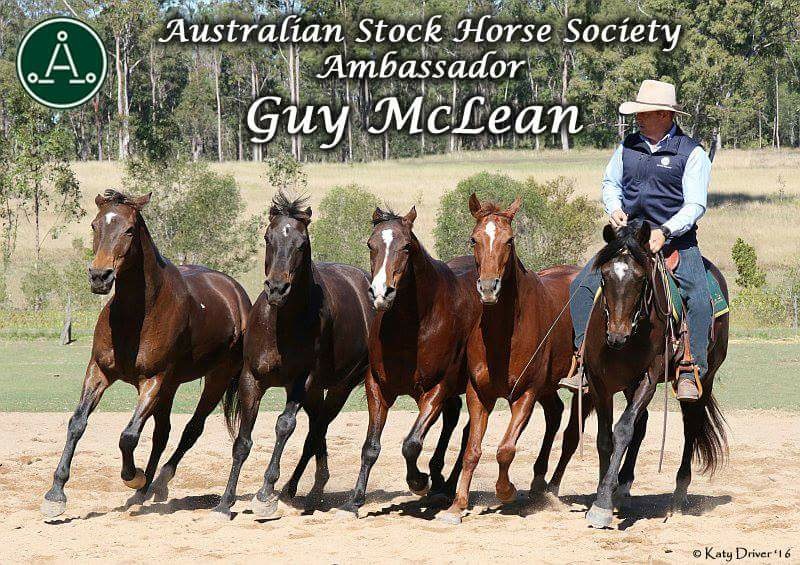 Internationally renowned, Australian Horseman & Entertainer Guy McLean is a rare combination of
‘Young Horse Educator’ and ‘Finished Horse Master’ with accomplishments such as 2x World Champion of Road to the Horse 2012 & 2013 and also an Australian Champion at Equitana Australia 2005 and has been named the first Official Australian Stock Horse Ambassador.

These facts, as well as Guy’s three liberty performance teams in two continents demonstrate his complete and utter dedication to everything that is ‘Horse’. Guy is a proud Queenslander that has taken Australia to the World through his horsemanship, Bush Poetry and double handed stockwhip mastery, to show what his country is about with his 4 Australian bred horses by his side. Guy and his team have made major waves in the USA, Canada and Australia and because of this is now Headlining events as a highly sought-after educator and performer at the major Equine Expos with him and the Team packing 5,000+ seat arenas to watch their demos on what it is to be a Lifetime Horseman and a proud Australian Stockman. Guy’s performances are known for being inspiring, educational and above all entertaining for both young and old and for both the horse enthusiast and the uninitiated alike.

Guy and the Team have performed as part of the National Finals Rodeo Celebrations in Las Vegas for 4 years, as well as The Royal Winter Fair Toronto, Canada which is the 2nd largest Agriculture show in North America for 3 years. Has ridden and performed among Equine Royalty at Devon Horse Show& Washington International Horse Show Winter Equestrian Festival, 2010 World Equestrian Games and many more. Guy McLean and his team have been involved in a history making event when they performed at Central Park, NY in 2014, as this was the first time in 30 years, horses have competed and performed in this iconic park and we also believe Guy’s team were the first Australian Stock Horses to set foot on those hallowed grounds. Guy continues to return to his beloved homeland performing with his Australian based Team at events such as The Man From Snowy River Bush Festival, Magic Millions Polo Event, Scone Horse Festival, Cunnamulla Fella Festival, Australian Stock Horse Nationals, Warwick Gold Cup, many Agricultural Shows. 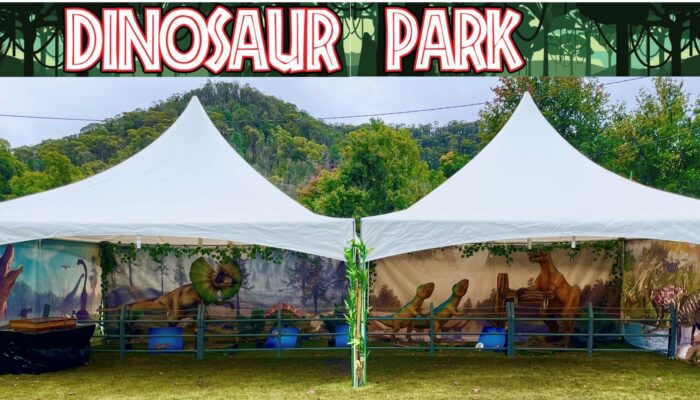 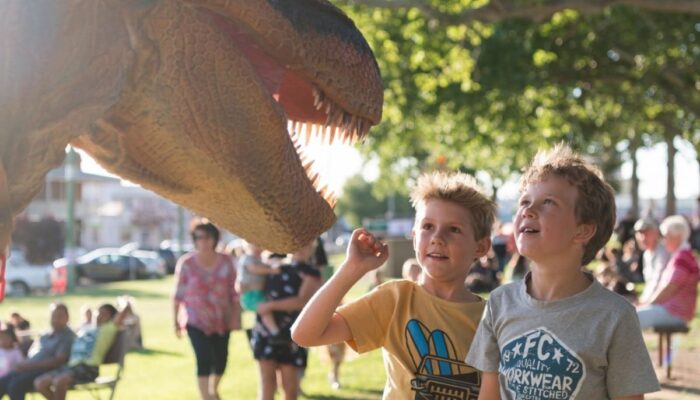 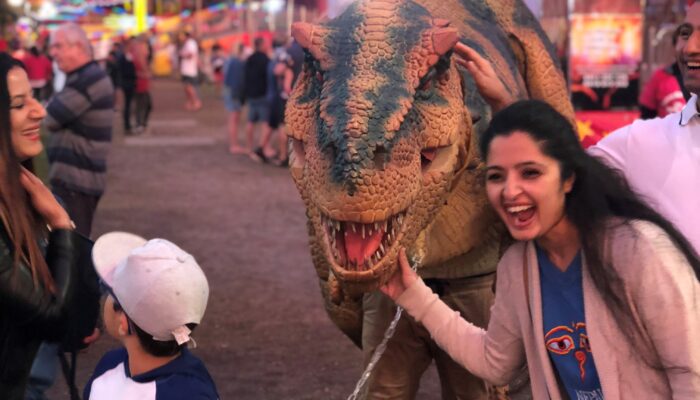 The Dinosaurs are baaaaaack!

2019 saw the dinosaurs running rampant through out the grounds, scaring more adults than children which was kind of funny…we all has such.

But the Dinosaurs could pop up anywhere… Melvilles have been hosting school visits and farm tours for many years, where children learn first hand about the care and attention of all types of animals.  Animal production is a huge industry and an important part of the Australian economy.

Luke’s Reptile Kingdom is a company devoted to preserving Australia’s flora and fauna.

Luke’s Reptile Kingdom conducts interactive wildlife shows of a different kind. Our aim is to teach the broader community about the amazing world of reptiles. We attend many different venues and can cater for all ages and budgets.

We can bring the zoo to you, with many different mobile exhibits available, including the Venomous Snake Show, Interactive Reptile Encounters and spectacular visual displays. Guaranteed to be the most unique and exciting attraction at your next event. 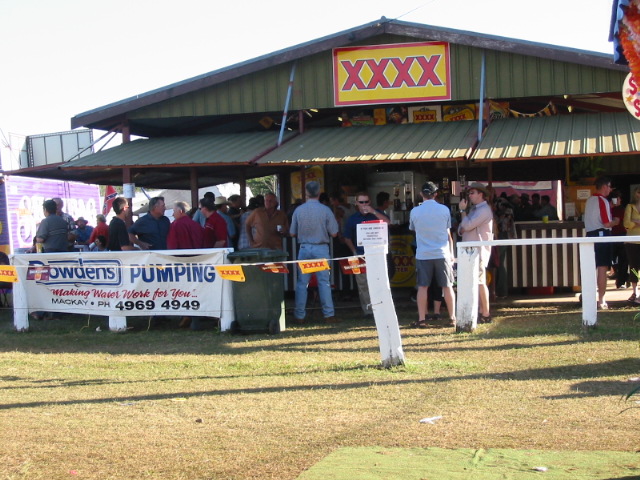 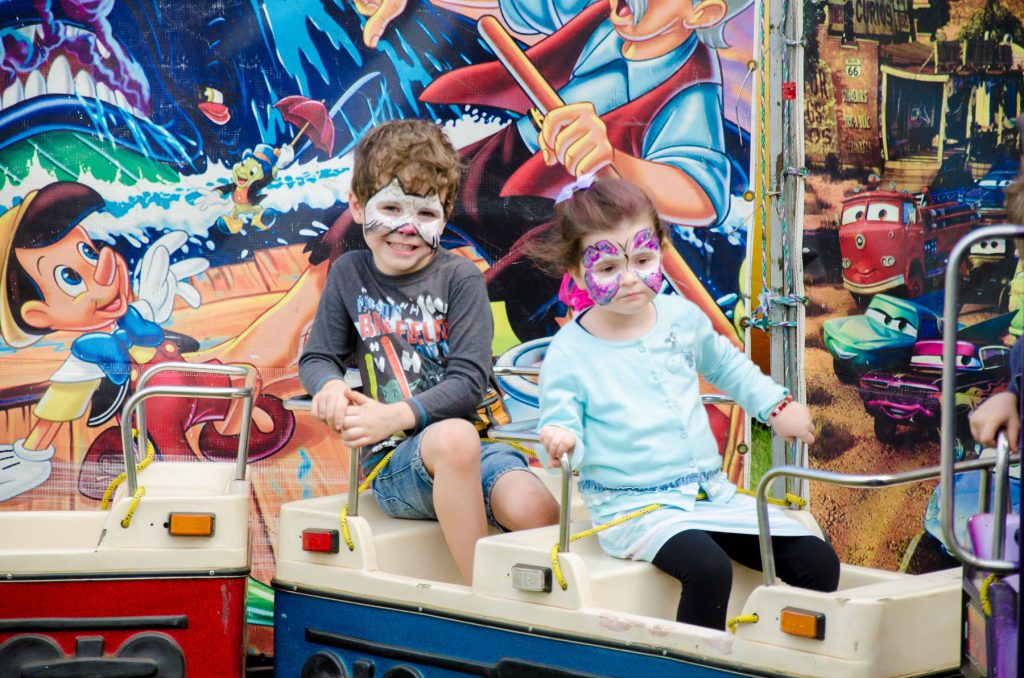 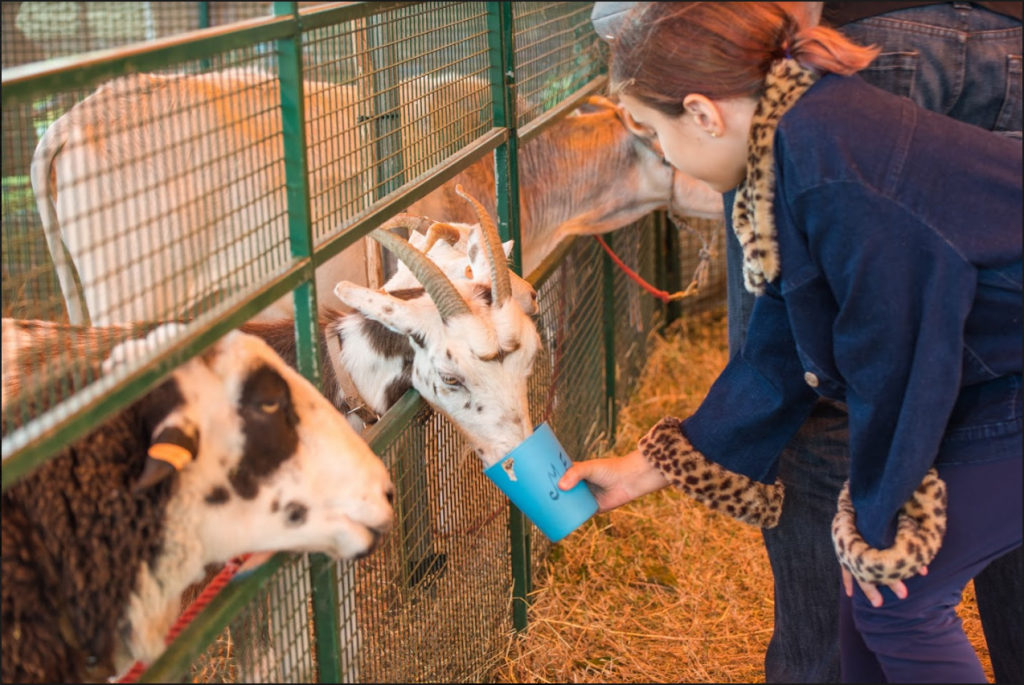 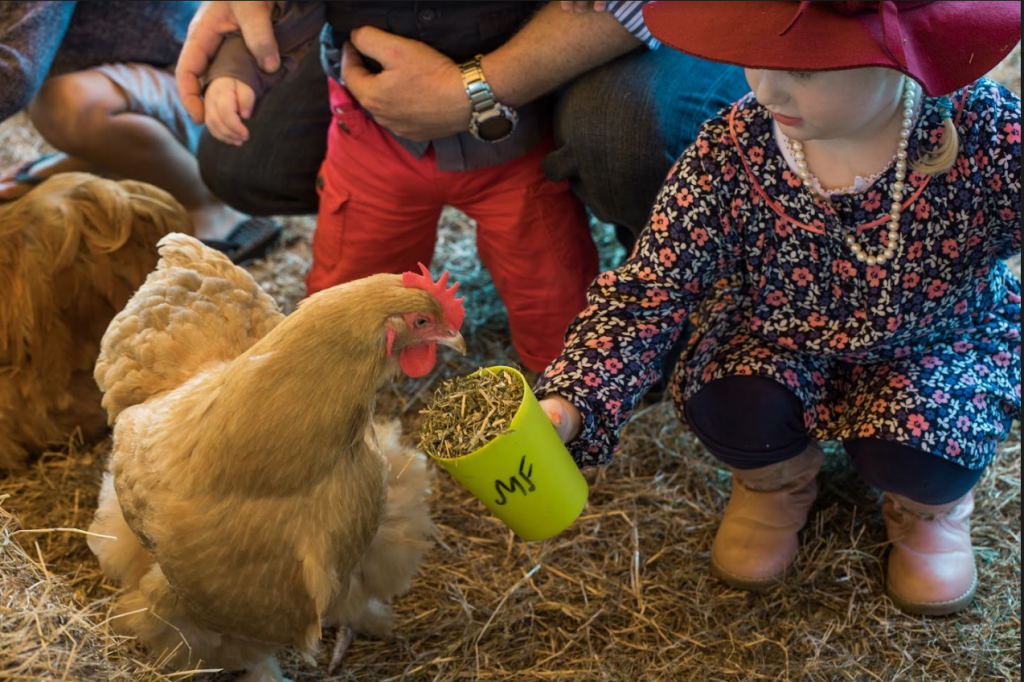 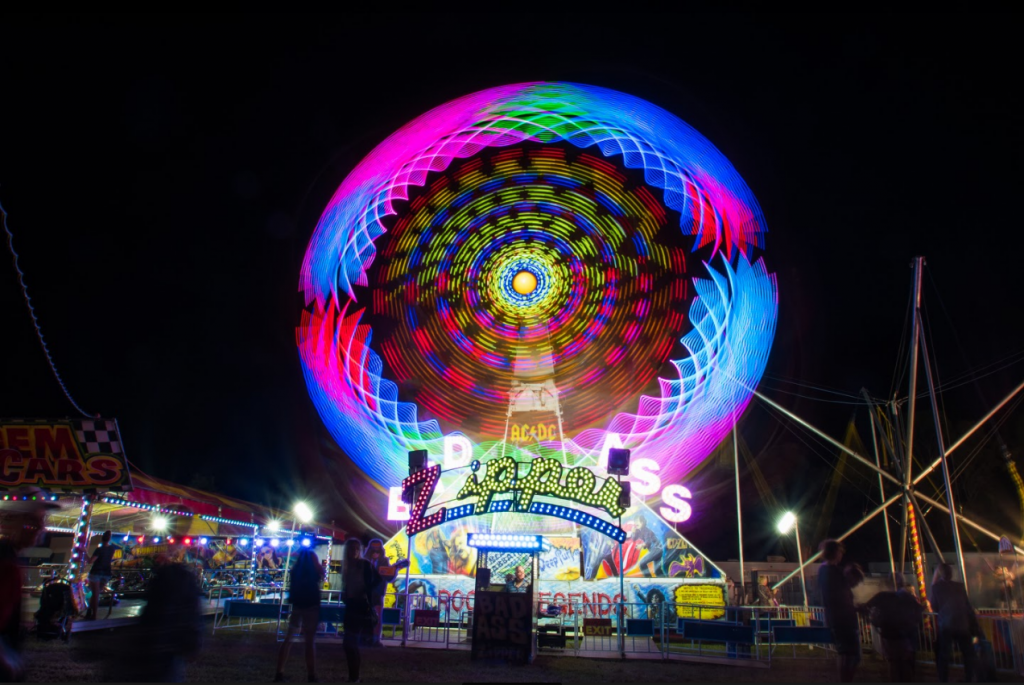 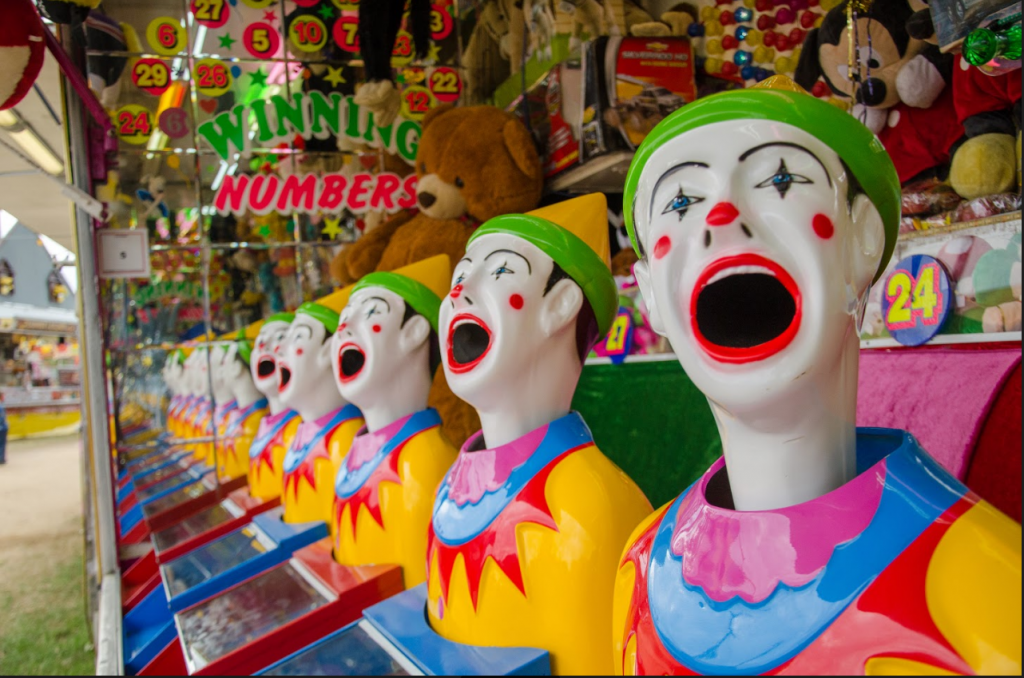 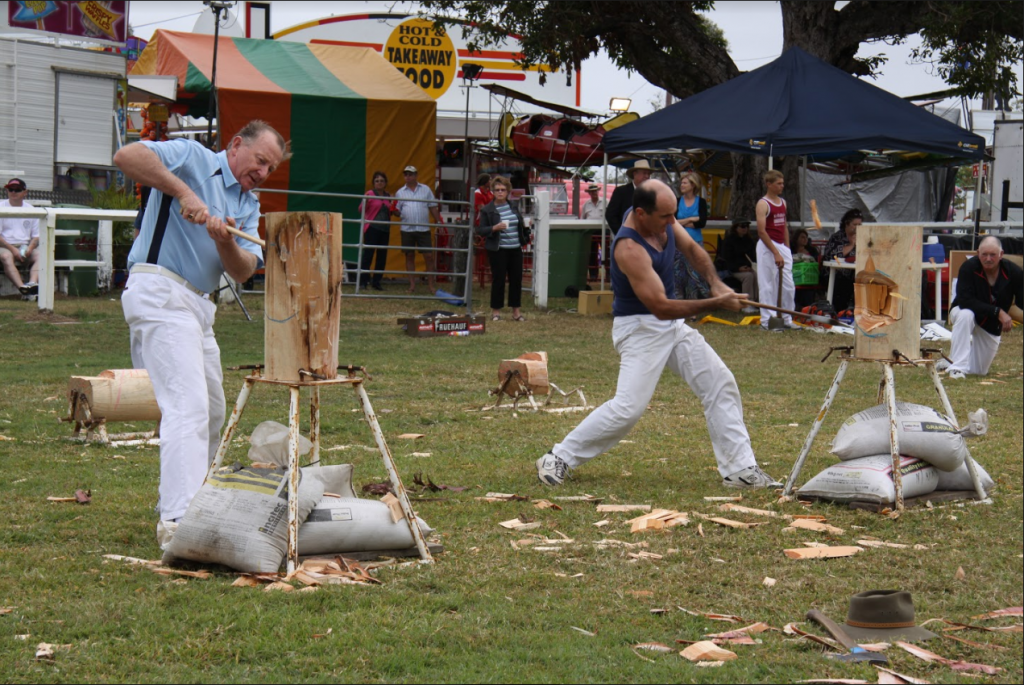 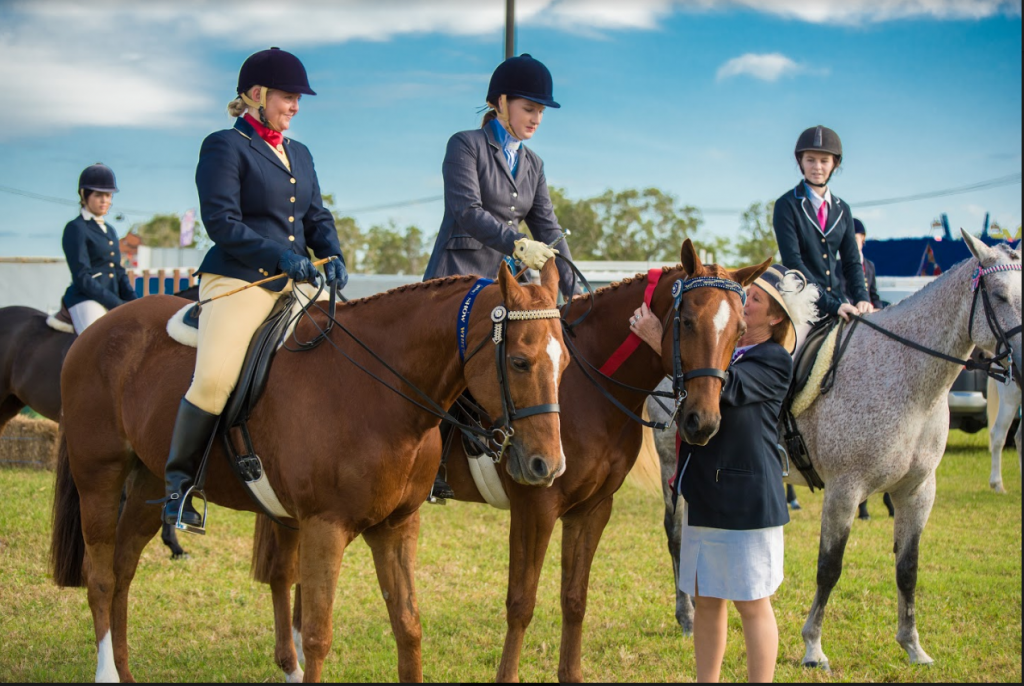 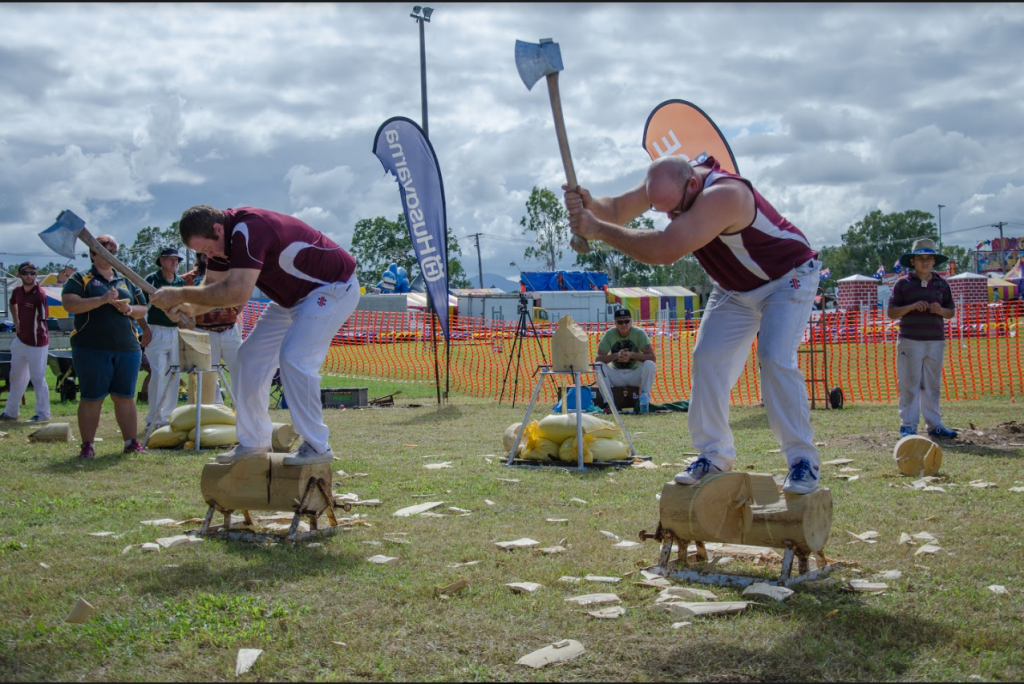 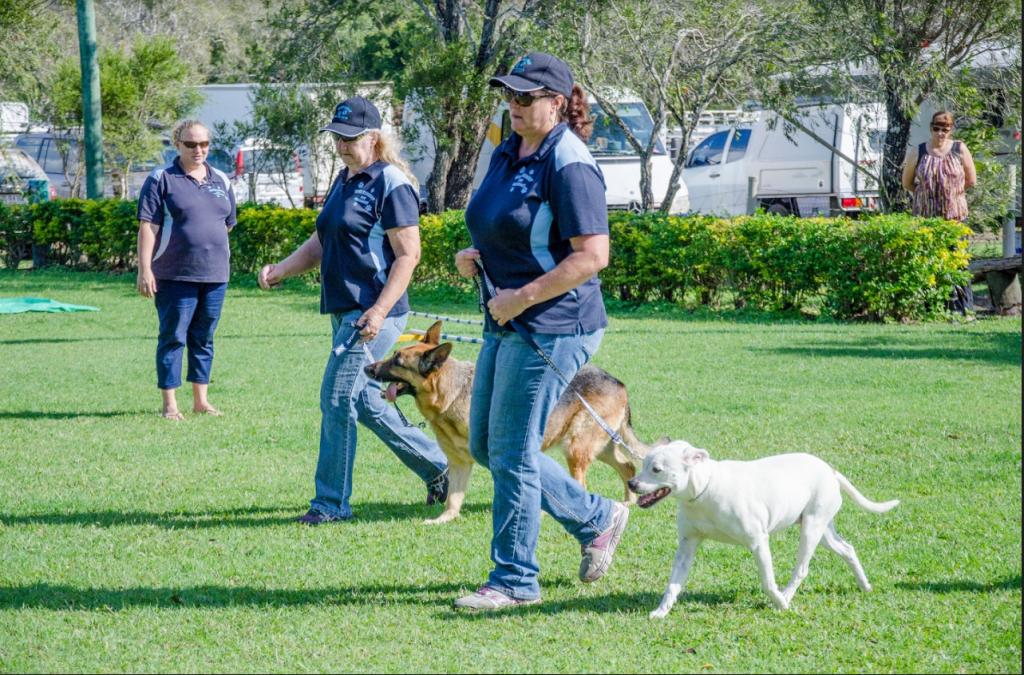 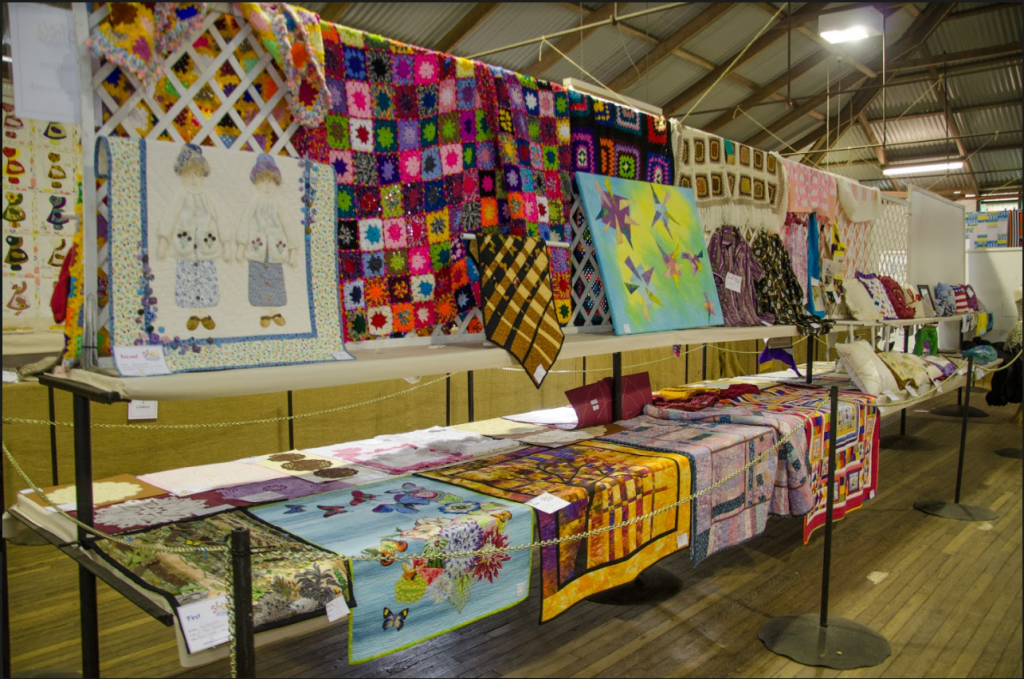 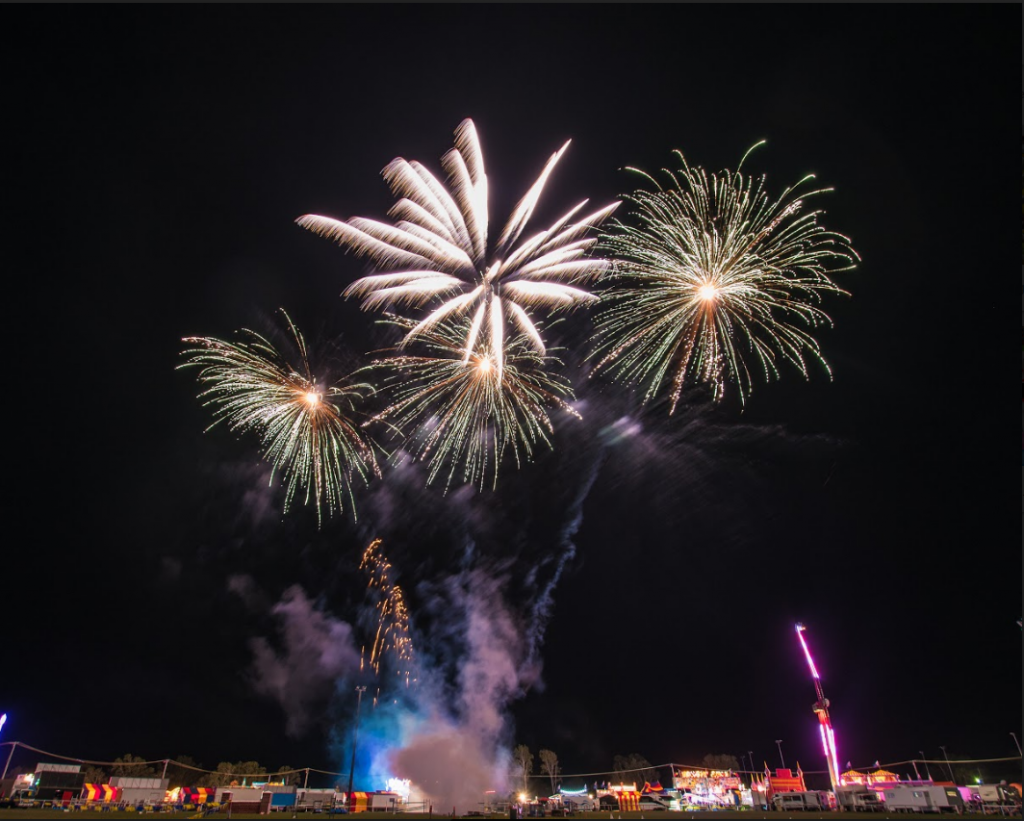 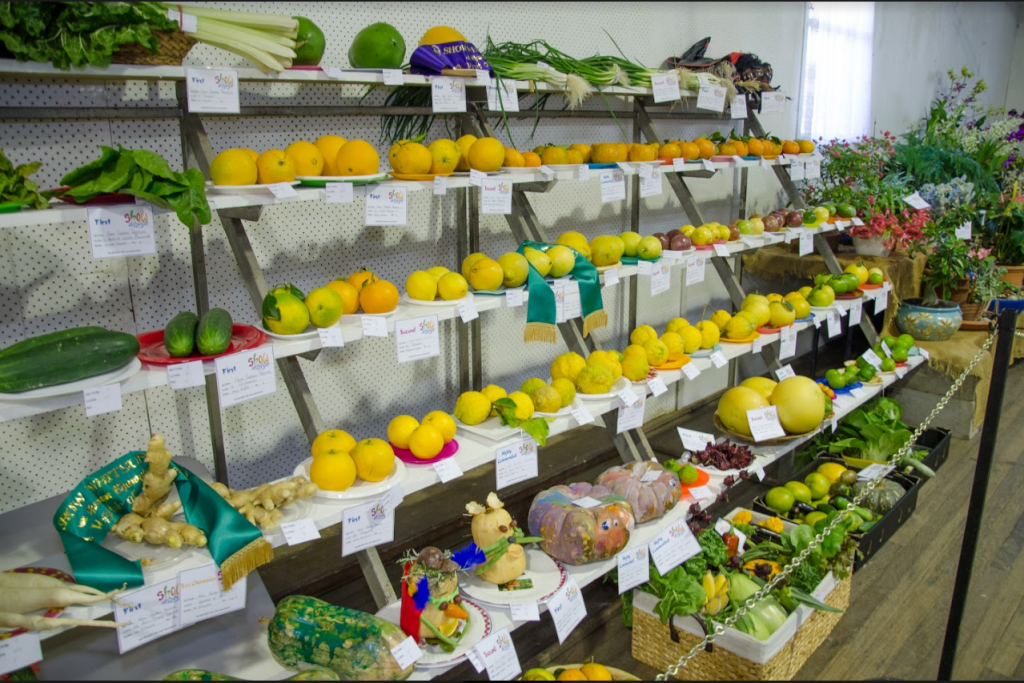 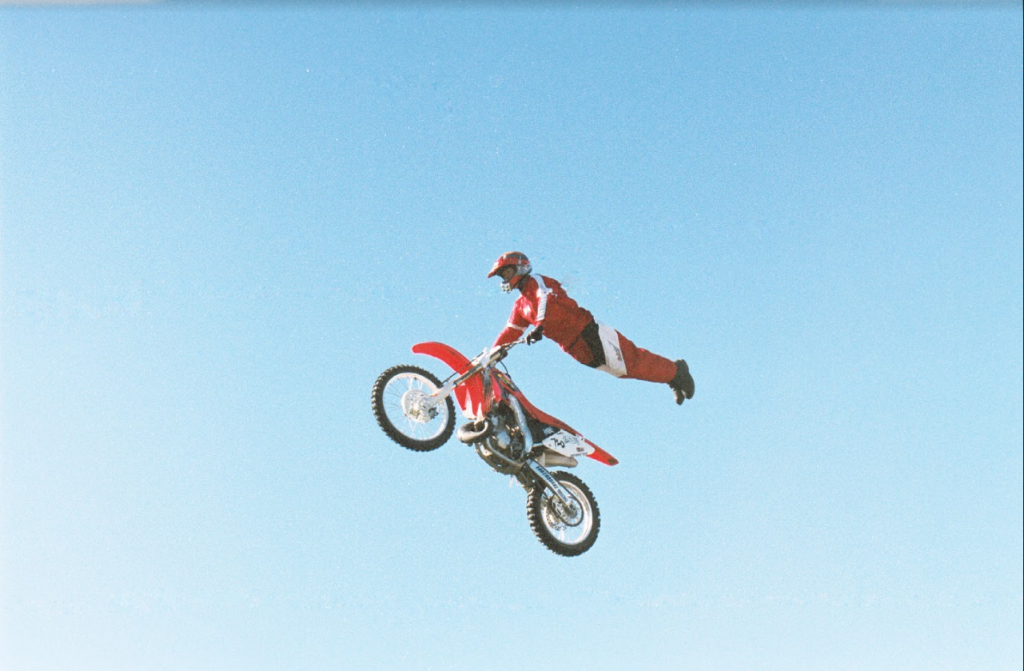 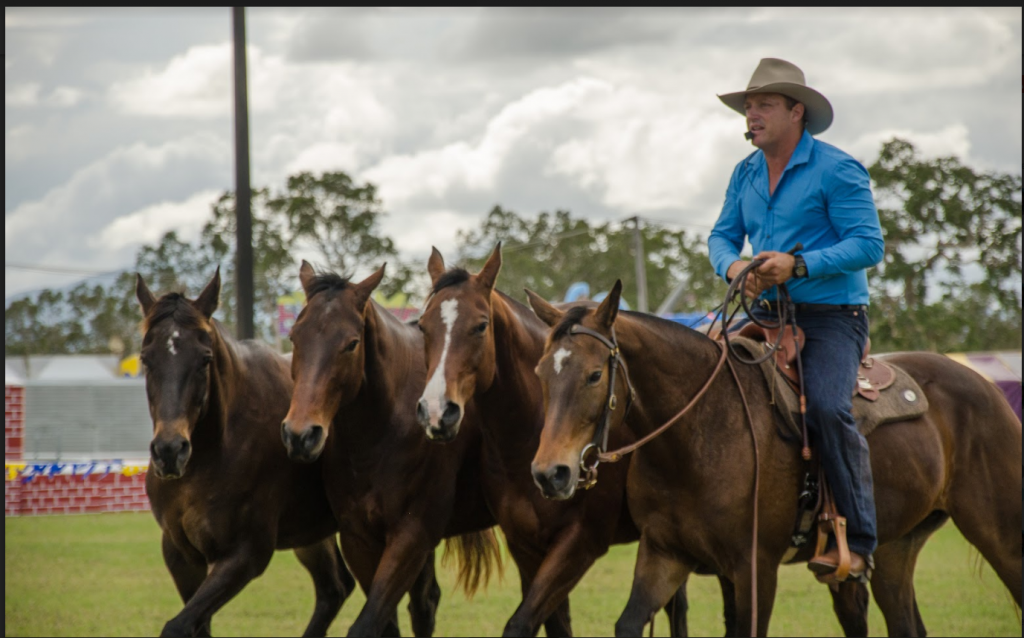